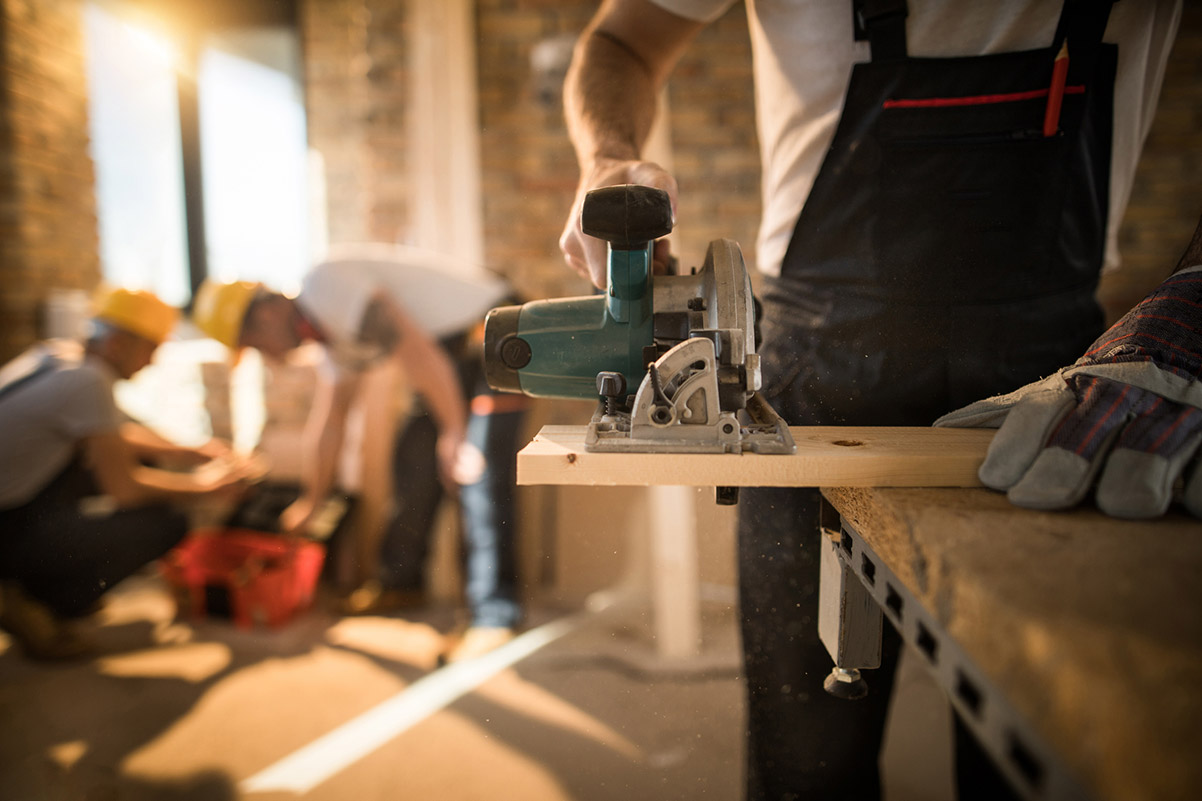 IS YOUR ORGANIZATION READY FOR THE COMING BUILDING REVOLUTION?

The American building community of developers, architects, engineers, contractors and building construction firms are currently facing a multitude of challenges that require urgent attention. The scale and scope of these challenges will force change at a revolutionary rather than an evolutionary pace. Marginal improvements and refinements aren’t going to cut it any longer, since many of the current challenges facing the sector will almost certainly continue to get worse rather than improve. Moreover, although this article mainly focuses on the domestic front, these challenges are by no means confined to the United States. In fact, many of them are more pressing abroad, in both advanced and emerging economies.

Are you ready for the revolution?

The demand for housing will only get stronger over the next decade.

A demographic tailwind is coming soon. The need to build more homes is only going to become more acute over the course of the 2020s as the bulge of Millennials transitions into their prime home-buying years. As of the middle of 2019, the two largest age cohorts were 28 and 29 years old (Graph 1). This group will be in their early- to mid-30s as we enter the middle of the next decade.
US homebuilders will be hard-pressed to meet this burgeoning demand. 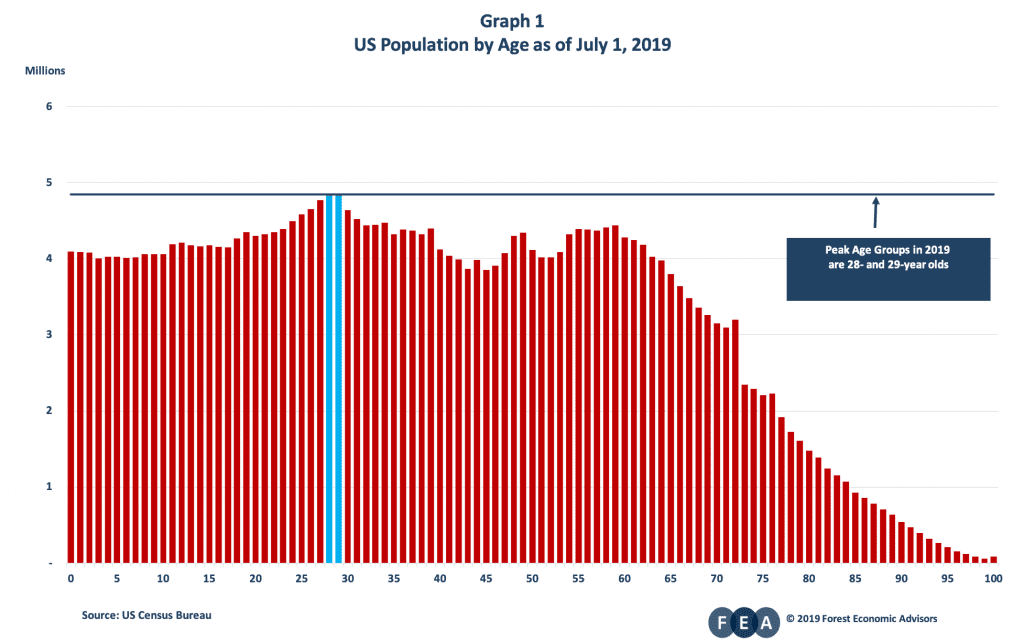 Don’t expect immigrants to fill the void. Immigration from Mexico had already dried up prior to 2016 due to demographic trends in Mexico (the birth rate fell sharply in the 1990s) and the improving economy there. The current Administration’s policy stance will further ensure that foreign-born workers will not alleviate labor shortages in the sector.

Productivity in the construction sector is abysmal. We are still using construction methods that were employed decades ago. A widely cited study by McKinsey & Company showed that between 1995 and 2015 construction output per worker per hour declined by about 20%; this measure increased by about 40% for the US industrial sector over the same period. The NAHB disputes this finding, asserting that construction productivity was flat over that time period. Even if this is true, it’s still nothing to brag about.

The rent (and the mortgage) is too damn high! Builders are finding it increasingly difficult to build housing that middle-class people can afford. The median household income in the US is about $65K per year while the median price of a new home is over $325K. That math simply doesn’t add up even with rock-bottom interest rates. The problem is especially acute on the West Cost and the Northeast. A report by the Government Accountability Office covering the period 2011-15 showed that the median per unit cost of delivering a single unit in a multifamily housing development was $326K in the state of California and $284K in New York City. These are not luxury units by any stretch, as the report covered only housing units that were eligible for government subsidies.

Current construction methods and materials produce a lot of waste and they exacerbate climate change. Go to a typical single-family construction site and you will see a huge dumpster that will often need to be emptied several times over. Meanwhile, urban construction is still dominated by concrete and steel which are not renewable, not energy efficient, and do not sequester carbon.

Gerard McCaughey, the CEO of the offsite building firm Entekra, sums up many of the challenges discussed above thusly: “If you have a labor-constrained process and you can’t change the labor, then you have to change the process.” The manufacturing sector has certainly learned how to make do with fewer workers. Manufacturing output has increased by 700% since 1950, even as manufacturing employment has declined by 10% (Graph 3). It is time for the construction industry to borrow methods from the highly productive manufacturing sector. The first step in this process is to move most of the process into a factory setting and turn the building site into an assembly site. 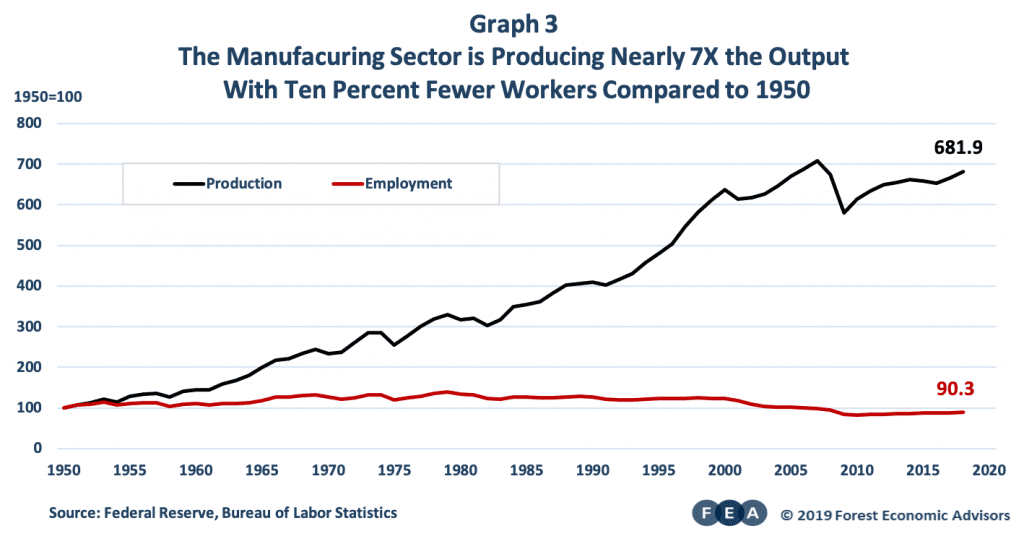 The future of wood-based construction is not going to be dominated by any one product. Mass timber (such as cross-laminated timber which is widely known as CLT), modular and panelized light-frame construction are all going to play a role. Stakeholders in the sector would be well-advised to focus on the process, not the product.

Wood has a number of key advantages over steel and concrete, its main rivals as a building material. Consider the following:

If you are interested in what the future holds for construction, the Industrialized Wood-Based Construction Conference in Boston is the place to be from November 4-6 this year.

After decades of relatively slow change, an at-scale shift to modularization—alongside digitization— looks likely to disrupt the construction industry and broader ecosystem. All players should evaluate the trend and impact, and assess their strategic choices, to ensure they can benefit rather than risking being left behind.1

We would only add that all players should attend IWBC rather than risking being left behind!