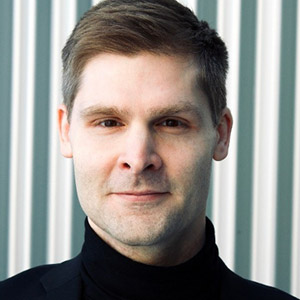 John Klein is the CEO of Generate, a company committed to the sustainable development of cities and to the digitalization of the AEC industry. Generate’s technological approach streamlines development projects by maximizing density, while increasing speed of construction with mass timber.

Prior to Generate, he was a Principal Investigator at the Massachusetts Institute of Technology, where he led research teams and taught advanced courses on housing and wood-based architectural technologies. Before MIT, Klein worked for Frank Gehry, Greg Lynn and Zaha Hadid for five years, leading the design and delivery of over 10,000,000 sf of construction. As Senior Architect, he implemented advanced technologies to streamline the design and construction of the IT Tech Park in Chennai, India, the Glasgow Transportation Museum, and The Seoul WDPark. In Beijing, Klein oversaw the construction of the Wangjing Soho Towers—the largest Zaha Hadid project to date completed in record speed.

During his time at MIT, Klein was generously funded by the US Forest Service and the Softwood Lumber Board to develop a catalog of building solutions outlining costing, carbon and development data on mass timber systems. As the culmination of his USFS grant, Klein advanced into construction his first full-timber, catalyst project: a 20,000 square foot, full CLT cellular timber in South Boston, which will be one of the most sustainable buildings in America, when complete. It will meet Passive House Standards by generating more electricity than it consumes, and will function as a carbon sink by reducing both operational and embodied emissions.

As a recognition of both the high risk and urgency of Generate’s work, the company was recently awarded by the National Science Foundation to take its work from the laboratory environment into commercialization.

Klein is a US-registered architect and holds a professional BA from SCI-Arc and an MS from MIT.