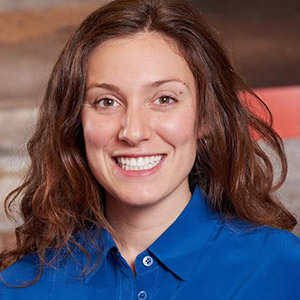 
Erica has long been interested in the design of urban environments in ways that honor the natural resources on which our lives depend. She is a native New Yorker who feels at home under big skies and big trees! As a Civil and Environmental Engineering graduate of Carnegie Mellon University, she focused on water resource management, developing solutions at the household scale for families in Gaza while living in the Middle East, and later at the municipal scale for the City of New York. Inspired by Michael Green’s infamous lecture on Tall Wood Buildings, she switched gears to learn about and participate in the mass timber industry.

In this arena, she has worked on a tall wood building with father’s real estate development company, educated the AEC industry in the Pacific Northwest as a Mass Timber Specialist with a leading mass timber manufacturer, helped launched Swinerton’s mass timber division, and transformed that division into a separate business entity – Timberlab – delivering design-build mass timber structures across the United States. For the past six years, she has had the privilege of working on leading-edge projects across the country, including the First Tech Federal Credit Union in Hillsboro, OR; the Ascent tower in Milwaukee, WI; the Portland International Airport in Portland, OR.

As Vice President and Preconstruction Manager of Timberlab, she has become an expert in mass timber project delivery with deep supply chain knowledge and a passion for sustainable wood sourcing.  Her commitment to social justice and inclusion shines through in projects like Heartwood, a workforce housing project in Seattle, and the Beaverton Public Safety Center, a facility built to support safety for first responders.  Erica was recently named by ThinkWood as one of six women innovating in AEC and Beyond. She lives in Portland, Oregon with her partner and twin sons.