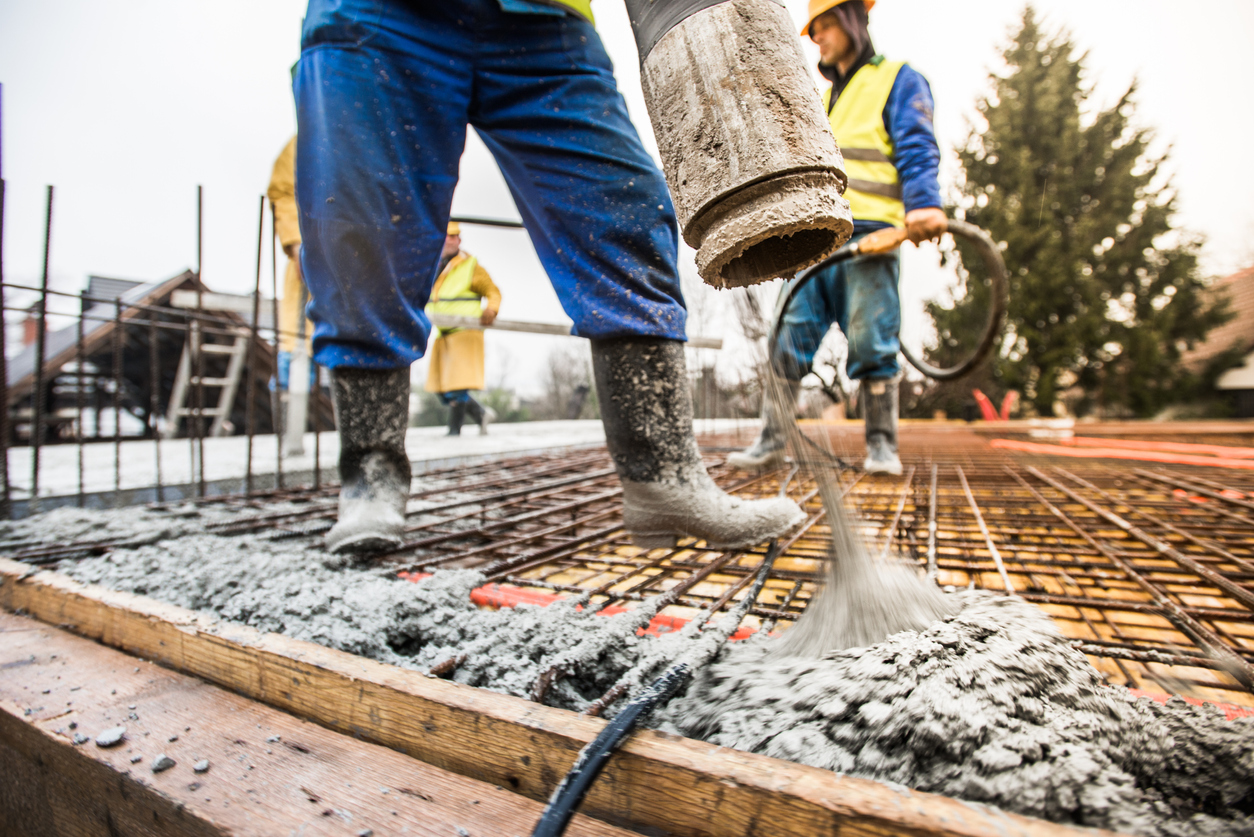 Did you know that (aside from water) concrete is the most widely used substance on earth? Every year, enough concrete is poured to cover the land surface of England. Concrete has been the backbone of industrialization, providing housing, infrastructure and fortifying against natural forces like flooding and sea surges. By covering more and more of the earth’s surface with concrete, we are threatening biodiversity and the natural weather coping mechanisms that keep us safe.

Concrete production results in 2.8 billion tonnes of carbon dioxide which is between 4-8% of the world’s greenhouse gas emissions. Concrete is responsible for a tenth of the world’s industrial water usage. One study even claims that there is more concrete by weight on the earth than there is plant matter.

Concrete is the very fabric of our communities, providing housing and infrastructure like hospitals and schools, helping to dam rivers and keep us safe from floods. Ironically, with an increase in the effects of climate change, it’s concrete that reduces absorption of rain water and exacerbates floods. Concrete contributes to the heat island effect by absorbing and retaining heat from the sun.

By expanding our concrete footprint, we are taking over fertile soil and covering over habitats that form a vital role in our ecosystems. While concrete has traditionally provided a cheap and effective way to build, there is only so much concrete that can be laid until the scales are tipped resulting in ecological collapse.

With India, China and other developing nations entering their high concrete production phase of industrialization, world concrete production will increase from 4 to 5bn tonnes in a year. According to the Global Commission on the Economy and Climate, this will result in 470 gigatonne of carbon dioxide by 2050.

The Paris climate agreement saw nations committing to cutting carbon emissions from cement production by at least 16% before 2030 which seems unlikely with current rates. One solution is to utilize alternative materials for construction. Cross-laminated timber is an excellent alternative that actually sequesters carbon dioxide rather than producing it. “It is time to move out of the “concrete age” and stop thinking primarily about how a building looks,” said Anthony Thistleton, Architect.

“Concrete is beautiful and versatile but, unfortunately, it ticks all the boxes in terms of environmental degradation,” he told the Architects Journal. “We have a responsibility to think about all the materials we are using and their wider impact.”

Of course, this isn’t a one-sided argument, even among mass-timber advocates. There are several building systems that use concrete/mass timber composites. The concrete is there to suppress vibration and for better acoustics. The way forward will be through collaboration and innovation to create buildings that are sustainable.